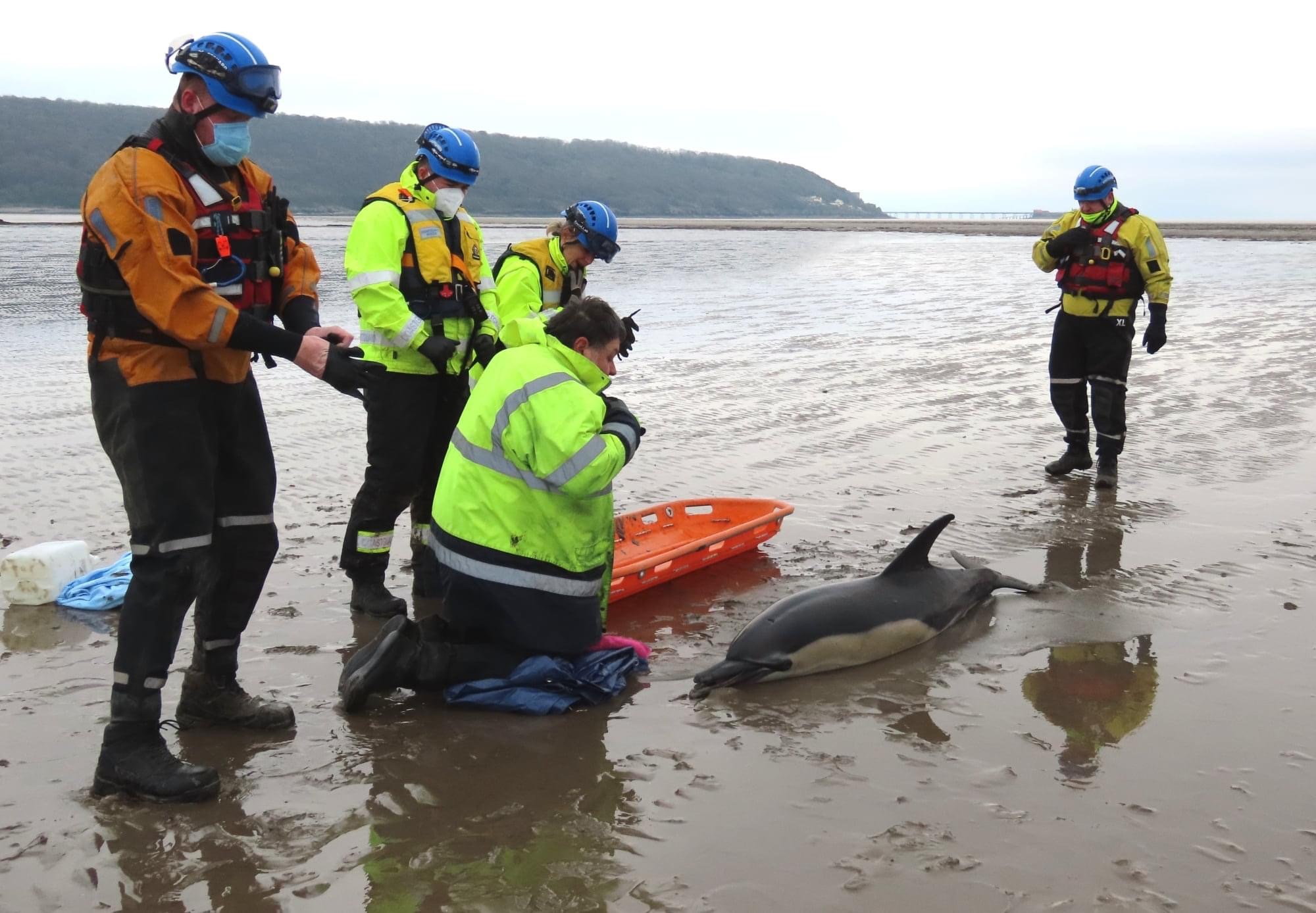 Posted at 14:23h in News by Michael Young

A team of marine mammal medics from Burnham’s BARB Search & Rescue was called to a dolphin stranded on Sand Bay beach near Weston this morning.

The six foot common dolphin had washed up on the high tide and was stranded several hundred metres from the top of the beach.

The team walked out across the mudflats to reach the stranded dolphin where they assessed its condition.

“It had initially been showing signs of life, with air being blown through its blowhole, but sadly it was declared deceased during the incident,” said a spokesman. “A sad ending for such a wonderful creature.”

The body, estimated to be around 200kg, was taken off the beach for formal logging and further investigation to assess the cause of the death. Weston-Super-Mare Coastguard Rescue Team British Divers Marine Life Rescue