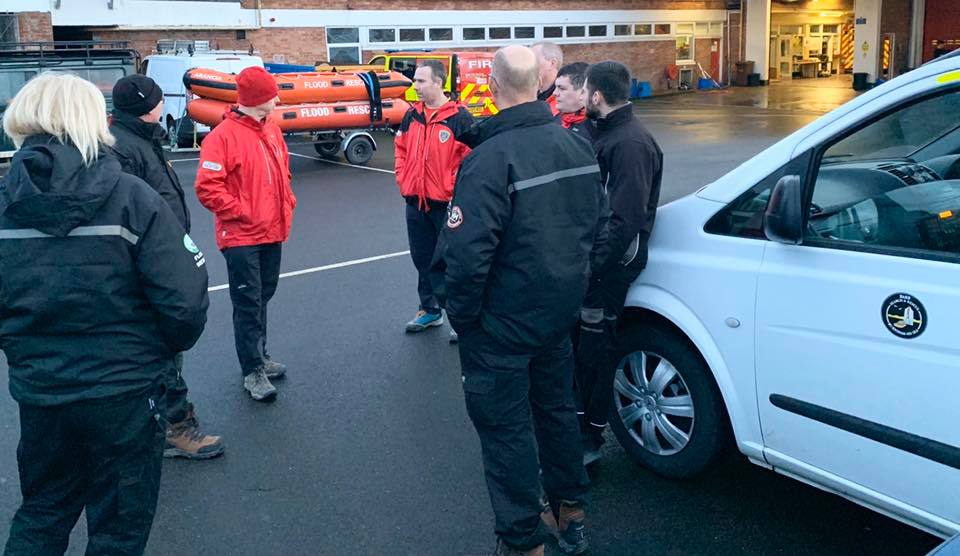 Posted at 22:32h in News by Michael Young

BARB’s flood rescue team was deployed to South Wales this afternoon where Storm Dennis has caused localised severe flooding of homes.
The BARB team, which is a declared national asset, was called out to provide support alongside other emergency services as part of Surf Life Saving GB after South Wales Police declared a major incident.
Several of our crew were in Newport to provide assistance and work with the teams.