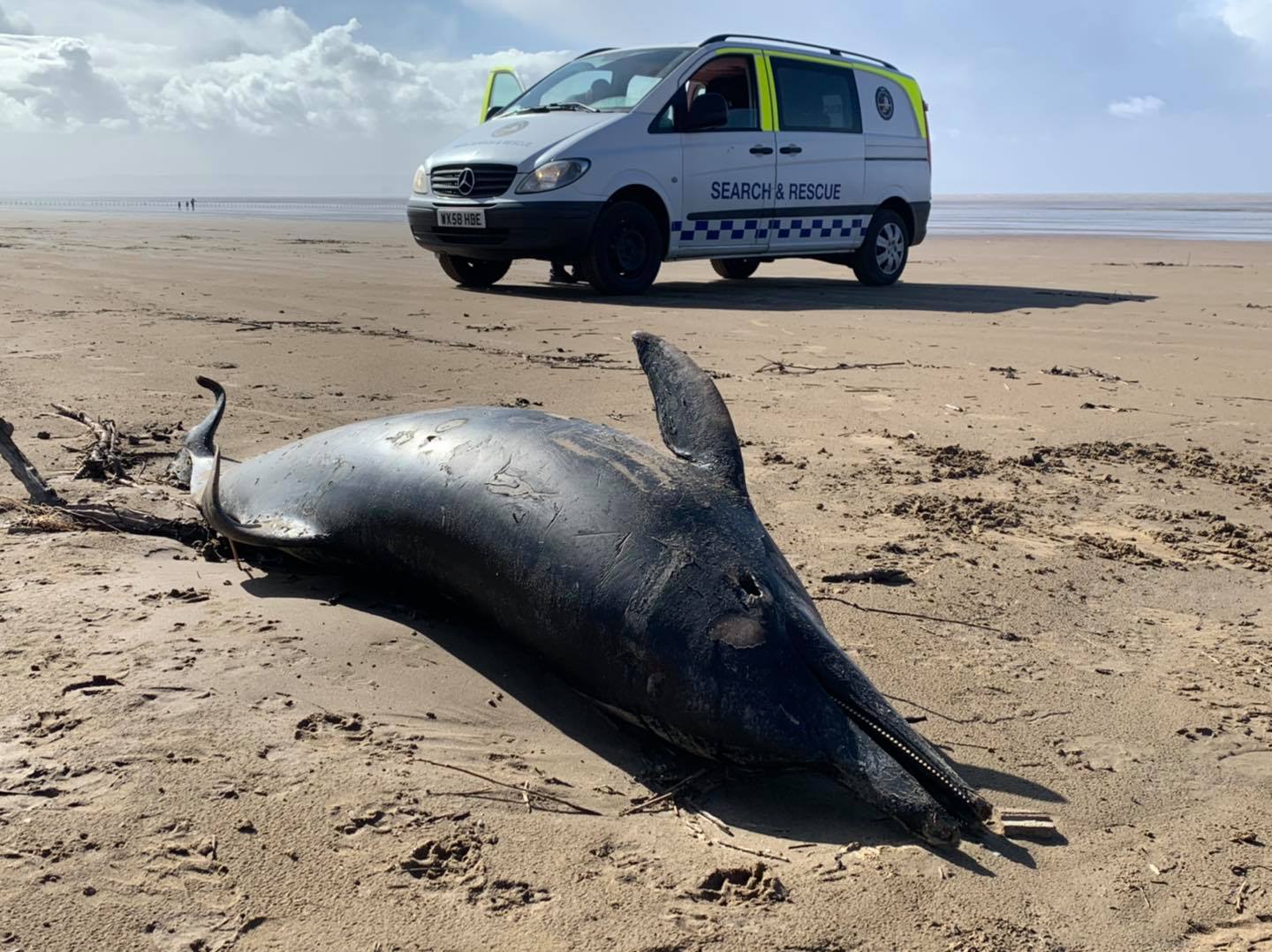 Posted at 16:53h in News by Michael Young

BARB was called out at 12.07pm to reports of a dolphin stranded on the beach at Brean.

After consulting with HM Coastguard and Brean’s beachwarden, BARB sent several of its trained Marine Mammal Medics to the beach.

A beach walker had come across a two-metre long dolphin on the tideline and alerted the beachwarden who in turn had called out BARB.

The dolphin sadly had suffered several injuries to its body and, after a full check, the team confirmed it was deceased.

This creature was one of the largest dolphins we have seen washed up along this stretch of coastline for several years.

Our team also liaised with British Divers Marine Life Rescue during the incident, who are also specialists in marine mammal rescues.