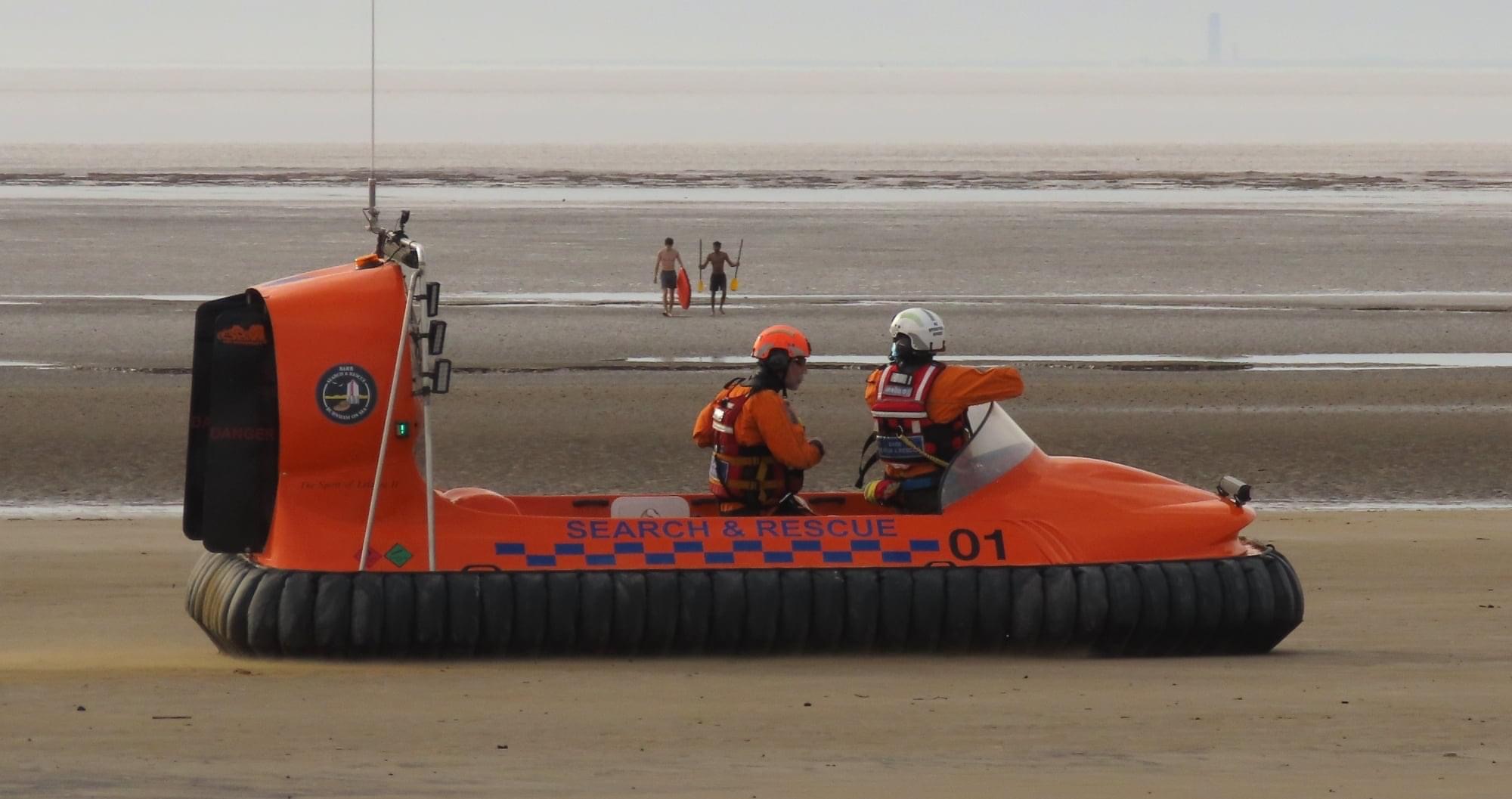 Posted at 08:09h in News by Michael Young

BARB’s hovercrafts were called out at 5.19pm by Coastguards to help two persons attempting to reach the sea at low tide on Berrow beach.
They had been seen by a beach walker heading out past the Berrow shipwreck and through soft sand and mud to try and reach the sea, which was starting to turn.
BARB’s hovercrafts were quickly launched from Burnham beach and flown to Berrow, joining our colleagues from Burnham Coastguards to investigate,
As BARB’s hovercrafts arrived on scene, the crew managed to get a visual on the pair who were thankfully heading back up the beach after finding the mud was extremely soft and they were at risk of becoming stuck if they ventured further out.
The BARB crew told the duo of the dangers they had faced, and they were very apologetic for causing a call-out and had learned an important lesson about beach safety.
On its return to Burnham, our second hovercraft investigated an object on the tideline that the Coastguards had spotted to check to ensure it wasn’t anything out of place.
This was a call-out with another positive outcome – and the first informants did the right thing in dialling 999 and asking for the Coastguards when they had welfare concerns,