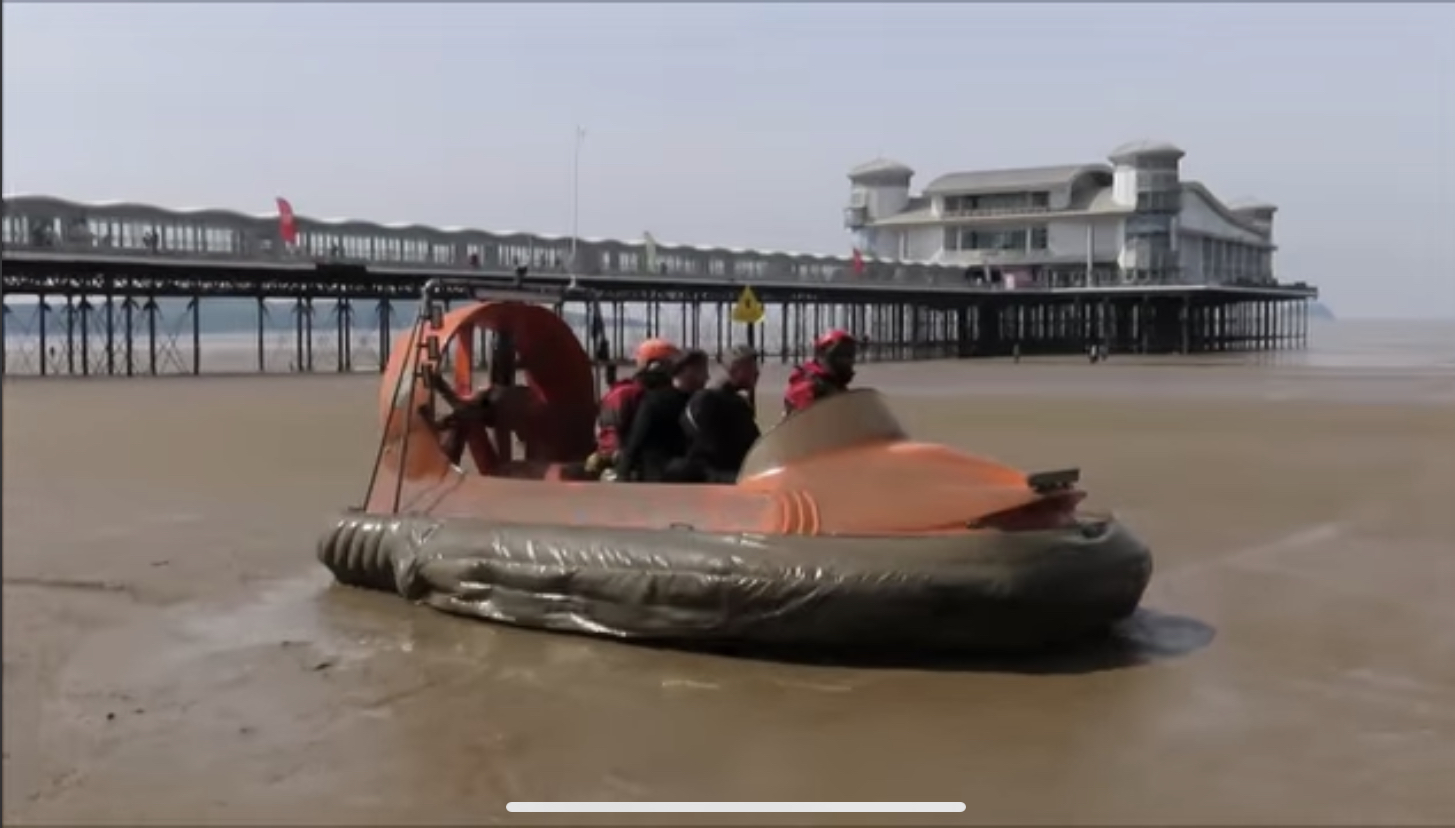 Posted at 18:42h in News by Michael Young

BARB’s crew was called to Weston beach today to assist a bomb disposal team investigate a possible ordnance device found in the mud.

A Royal Navy bomb disposal team from Plymouth, Weston Coastguard and the BARB hovercraft team were called to the beach north of Weston Pier at 11am by Coastguards after a large metal object had been spotted by a contractor checking buoys.

Four members of the bomb disposal team and their equipment were taken onboard the hovercraft and flown out to the object 350 metres north of the pier.

After careful investigation, the Royal Navy team confirmed that the object was in fact an old metal buoy that had emerged in the mud. It was brought up the beach on the hovercraft to be safely removed. A Weston Coastguard spokesman thanked BARB’s volunteers for their assistance.