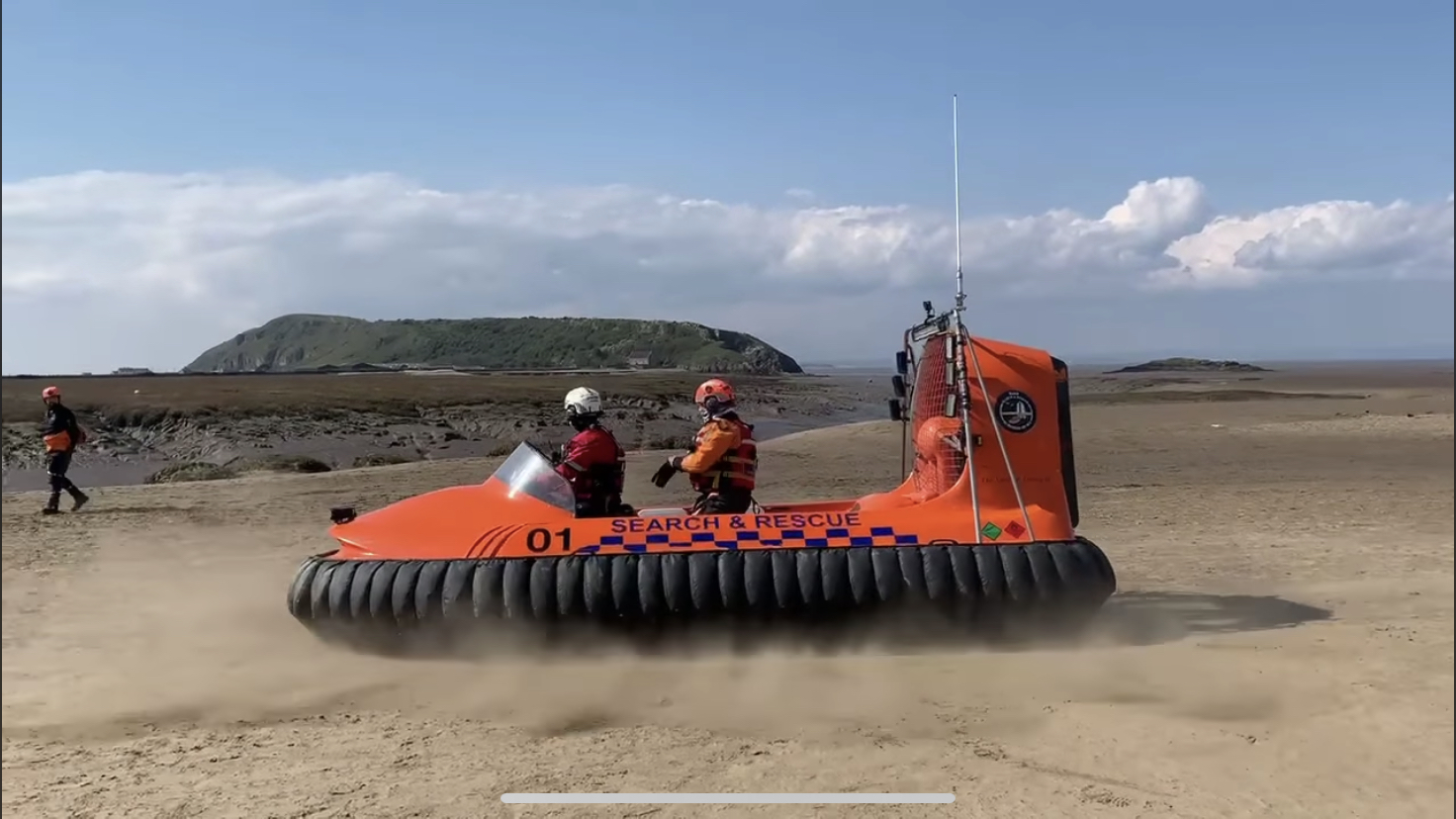 Posted at 07:29h in News by Michael Young

BARB’s volunteers were tasked with assisting Burnham and Weston Coastguards when three people were reported to be potentially stranded in kayaks on the north side of Brean Down.

BARB’s hovercrafts were driven by road from Burnham to Uphill beach and then launched from the sands to help Coastguards investigate whether the trio were safe, given that they were a distance out at the opening of the River Axe in the gully that runs between the estuary and the shore.

One of BARB’s hovercrafts was flown out to the area near to the kayakers.

The Burnham Coastguard team also headed to the top of Brean Down where they established that the kayakers were in fact fishing from their kayaks and were in good shape with no need for further intervention.

It was confirmed that they were making a slow trip back along the river gully to safety so no further action was required.

With all persons safe and making good progress, it was decided that we could all stand down.

This was a good call by the first informants, who called in the incident to Coastguards given that the location of the kayakers is a potentially dangerous area.

This was another good multi-agency incident with a positive outcome.