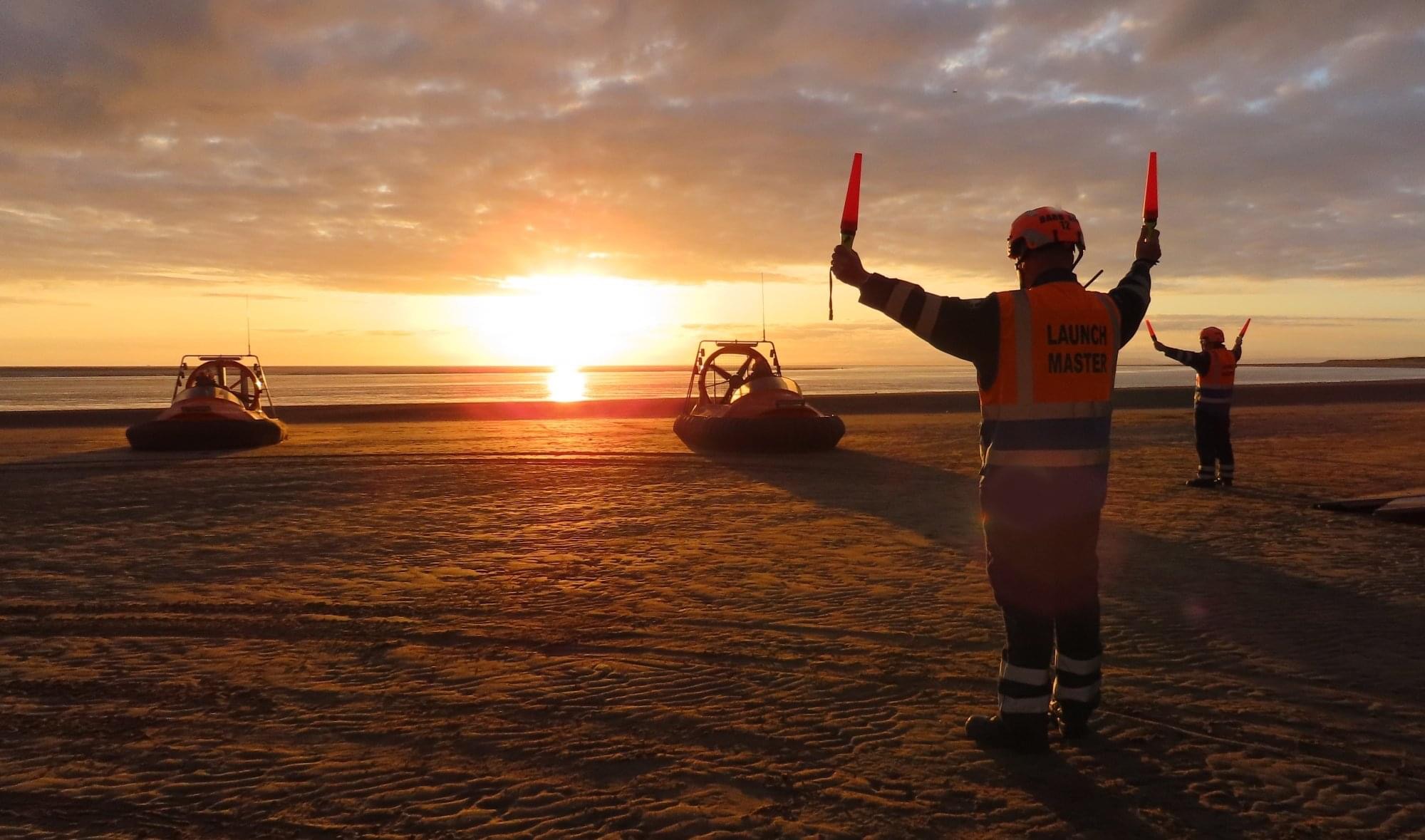 Posted at 22:42h in News by Michael Young

BARB CALL-OUT #08: Saturday May 21st.
Our volunteers were called out by HM Coastguard at 7.40pm this evening to reports of two people in potential difficulty in mud on Burnham beach towards the lower lighthouse.

After the team confirmed the location using binoculars, both our hovercrafts were quickly launched by our crew from next to the jetty due to the incoming tide. They flew along the beach to the area where the people had been seen by a walker.
After a thorough search between the lighthouse and Berrow point, it was concluded that the two people were fortunately not in difficulty after wading through mud and our crews were able to stand down.

This was a sensible call by the first informant since the state of the tide meant a quick response was necessary.